Today we published True’s beaked whale (Mesoplodon mirus) in Macaronesia by Natacha Aguilar de Soto et al. In this paper, scientists show that the Azores and to a lesser extent the Canary Islands may actually be a hot-spot for the study of True´s beaked whales. The study gathered stranding data and sightings performed by scientists, whale watch companies and educational teams in Azores and Canary Islands. These data include the first underwater video of the species (which you can watch below) and photos of a very young calf, as well as a stranded whale confirmed genetically as a True´s beaked whale but showing a coloration pattern never observed before in this species.

To hear more about this study and the fascinating new video footage of the True’s beaked whale, we interviewed first author Natacha Aguilar de Soto.

I am a research fellow at the University of La Laguna (Tenerife, Canary Islands, Spain) and at the University of St Andrews (Scotland), where I work with a Marie Slodowska Curie fellowship from the European 2020 program. I became very involved in beaked whale research in 2002, when a mass stranding of beaked whales coinciding with naval exercises occurred in the Canary Islands. These events had been recorded in the archipelago since the 80s by another co-author: Vidal Martín (SECAC).

A common effort of scientists and public and politic pressure resulted in a moratorium of the use of naval sonar in the Canary Islands since 2004, and no more atypical mass strandings of beaked whales have been recorded since then in the archipelago! But beaked whales may be affected by naval sonar all over the world, and we know so little about these species that it is difficult to guess if sonar, and other human impacts, may have a population level effect on these species. To learn more about beaked whales I started in 2002 a long-term research of Blainville´s and Cuvier´s beaked whales off El Hierro, the smallest and most western of the Canary Islands, where these species are easy to study thanks to the occurrence of very deep waters near the coast. We are learning a lot!

We report the first genetic confirmation of True´s beaked whales in the Canary Islands, which is the southern-most limit of the distribution of this species in the North Hemisphere. This was achieved thanks to the stranding of a True´s beaked whale at El Hierro, which showed a colouration never observed before in this species. Then, we gathered a large team of coauthors to put together the largest collection of sightings with photos of this species, including the first underwater video and first images of a young calf of True´s beaked whales. This is very useful to contribute to our learning about how to distinguish True´s beaked whales at sea, which is so difficult that there are not yet estimates of global or local population abundance of the species (if scientists can not recognise the species with certainty during surveys, we cannot count them!) 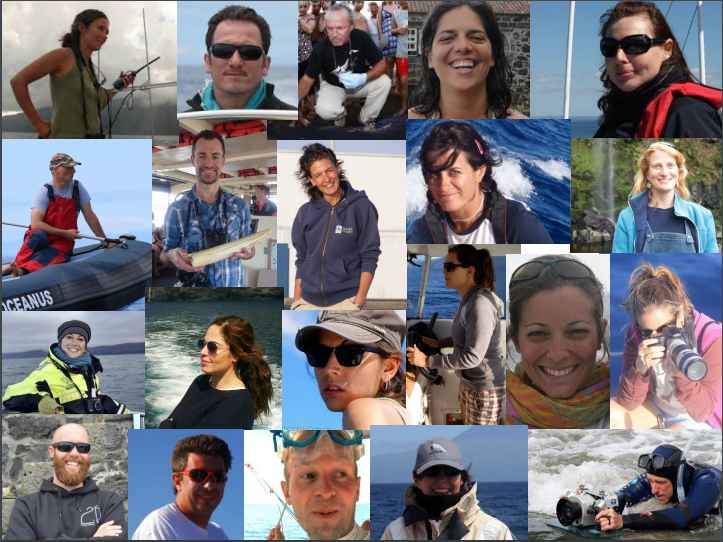 Photo collage of the study authors

The video was shot during an educational trip at sea of the program Master Mind, with young students. Imagine the scene, a small inflatable boat stopped in blue calm deep waters near the coast in Azores. Suddenly, four beaked whales appear from nowhere and swim slowly around the boat, with deep blows, allowing the teacher to film them from the boat with a small underwater camera. Beaked whales are so unknown, and True´s beaked whales are so rarely seen, that nobody on board recognized which species of beaked whales they were watching at just 5 m from the boat, while filming a historical first underwater video of True´s beaked whales!  These students witnessed by chance what many researchers who have devoted their life to study whales at sea have never seen: a group of free-swimming True´s beaked whales. You never know that the next wave may hide when you look at the sea. 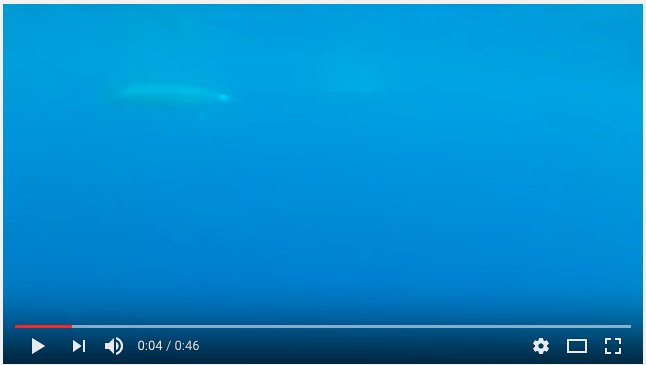 It is very important to gather information from stranded marine fauna. A dead animal at the beach is an incredible source of data about distribution and morphology of the species, but also about reproductive status, feeding habits, etc. Also, it helps veterinaries to investigate the cause of death and if this was related with human activities, so that we can do something to avoid further mortalities. Also, it is important for people at sea, working or having a good time, to get good photos when they have a lucky encounter, and try to identify what species they saw, and send this information to scientists studying that species. This is very valuable for rarely seen animals such as beaked whales. 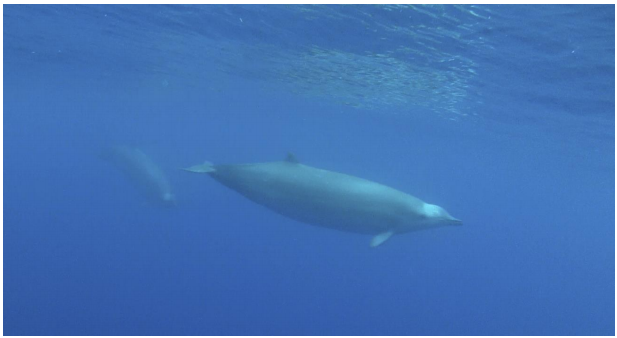 One of the coauthors of this paper, the expert geneticist Emma Carroll, had already published with you and advised us to do the same.

PJ: How was your experience with us (e.g How was the ‘customer support’? Did you enjoy the process? etc)

PeerJ has a smooth and fast communication line with authors, the staff is very supportive and answers all doubts you may have.

PJ: Do you have any other comments about your overall experience with us?

PeerJ asked us to make a “preprint” version available, that is, to put the article in the PeerJ web before it is actually peer-reviewed and accepted for publication. Traditionally I would be against this, because papers may be wrong, and it is good to go through the peer review process to guarantee that we reduce “bad information” flow into the web. However, other scientists think that it is a good idea to show the work, so that everybody, and not only 2-3 reviewers, can poke faults and give good ideas to improve the work. In our case it was very successful, thanks to showing the paper in advance, we got contacted by other scientists with new sightings and the paper grew stronger. PeerJ was very patient with the extra time it took to put all the new info together.

PJ: Would you submit to PeerJ again, and would you recommend that your colleagues submit?

PeerJ is serious in their reviewing process. PeerJ was fast in the publication process, and not as expensive as other similar trustworthy open access journals. For these reasons I enjoyed the experience and would advise publication in PeerJ to other colleagues.