To get some of the background to this study, we interviewed Sonali Garg for the PeerJ blog. She discusses the surprising diversity of miniature forms in the genus, the need for further conservation requirements, and the risks of this kind of fieldwork, notably, run-ins with elephants!

Sonali Garg I am a PhD student at University of Delhi (Systematics Lab, Department of Environmental Studies), where I am pursuing research under the guidance of Prof SD Biju. My work primarily focuses on systematics and molecular phylogenetics of frogs of the Western Ghats, with the aim of understanding the existing diversity, evolutionary relationships, patterns of diversification and biogeographical distribution. I am currently compiling my five years of research data.

SG: The Night Frog genus Nyctibatrchus is endemic to the Western Ghats of India and represents an ancient group of frogs that diversified approximately 70–80 million years ago. Our lab has been working on this group and Prof Biju along with other colleagues described 12 new species in this genus in 2011. Last year, we reported a new amplexus position in the Bombay Night Frog and those findings were also published in PeerJ. 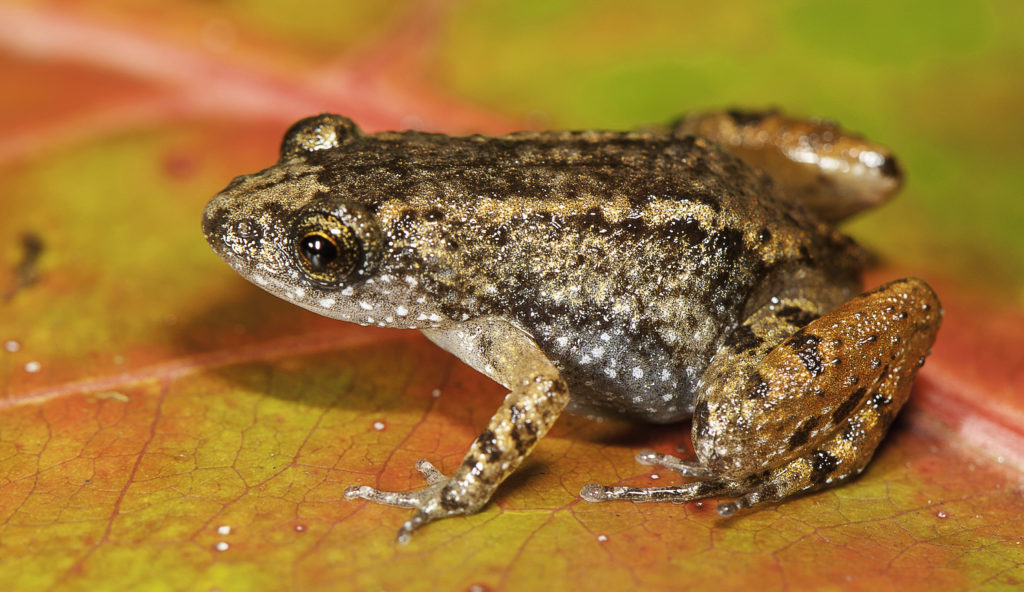 In our recent study, we have described another seven new species of Night Frogs. We were surprised by the high diversity of miniature forms, which had probably been overlooked because of their extremely small size, secretive terrestrial habitats and insect-like calls. We used integrated evidence from external morphology, molecular as well as bioacoustics data, to recognise the new species. Of these, four are among the smallest known Indian frogs (12.2–15.4 mm in length). Unlike other large-sized frogs in the genus (up to 77 mm in length), which are adapted to live in forest streams, have large foot webbing and call loudly, the new miniature frogs have very different insect-like calls, lack webbing between toes and are found under damp leaf litter or in marshes. These are extremely interesting aspects for further investigation.

SG: I got interested in frogs while pursuing my Masters program. During some of my first frog expeditions in the Western Ghats, I had a tendency to locate really tiny frogs, which to my disappointment most often turned out to be juveniles or subadults. It used to be a nice joke but I never thought we would actually discover four new species of miniature frogs several years later. There are too many interesting stories, mostly from the field. On one occasion, after hours of extensive search we had located a well-exposed calling male of a miniature species. We were so excited to record the call that we ignored two loud sounds of a nearby elephant. Eventually, we almost got chased and had to run for our lives, without the frog or a frog call! On many occasions, I have experienced the scepticism of local people when they would see a young woman venturing into ‘shady places’ such as agricultural fields and urban forest areas along with men at night.

SG: Discovery of several new species primarily reiterates that the Western Ghats is a global biodiversity hotspot with extraordinary amphibian diversity and endemism. We are still far from having a near-complete amphibian inventory of this region.

While we need to continue the extensive work of documenting our frogs, we also need to focus on their conservation requirements. One-third of amphibians in the Western Ghats are already threatened. Even among the new species described by us, we have observed that at least four are facing serious anthropogenic disturbances. We need to take stock of how our actions may be leading to an irreversible loss of several smaller forms of life such as frogs.

“While we need to continue the extensive work of documenting our frogs, we also need to focus on their conservation requirements. One-third of amphibians in the Western Ghats are already threatened.”

SG: We first heard about PeerJ from a colleague, during a discussion about Preprints as a great platform for authors to establish precedence for their scientific work. I was persuaded mainly because the peer-reviewed journal at PeerJ is an open-access journal with very fast decisions.

PJ: How was your experience publishing with us?

SG: Our experience with PeerJ was extremely smooth and our queries were always answered promptly.

SG: With all the available guidelines, the online submission process is fairly easy. We faced some technical issues with our review PDF and the staff was very quick in helping us out. The review process was rapid, especially considering the length of our manuscript – rigorous as well as constructive. We received some very useful comments and suggestions from the editor/reviewers that helped us improve our manuscript. 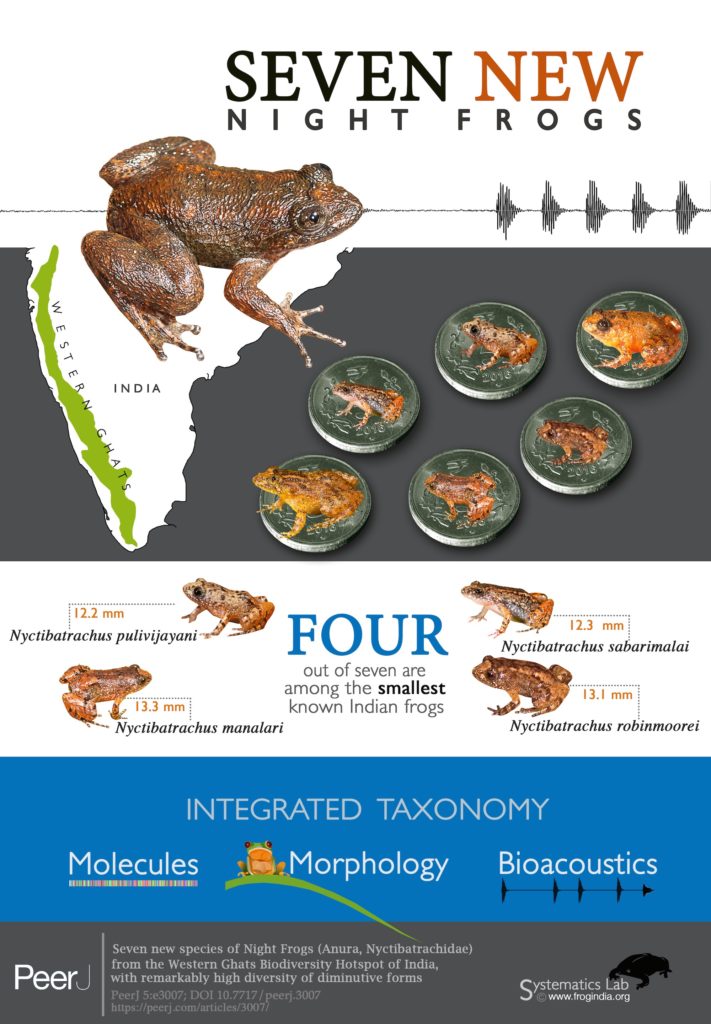 SG: Yes, this was our second submission to PeerJ within one year. We missed to take the Enhanced Membership plans as that could have saved us more money, probably for our next fieldwork. Yet, the publication cost was considerably less than many other similar journals and with several more advantages, publishing in PeerJ was worth it. We do hope to submit some of our future works here again.

PJ: Why did you choose a relatively new journal in your field and how did you feel about this in relation to your career?

SG: That was not a concern at all. We were looking for a journal that takes relatively less time from submission to the first decision and eventually publication. Based on our previous experience, PeerJ totally met our expectations. It was more important for me to publish my work within a stipulated time period because of my PhD deadlines. Despite being relatively new, PeerJ is a very promising journal. It was a great choice for me and with open access, I know my work can have higher visibility and reach.

SG: Yes, just thanks for an opportunity to talk about my work and for highlighting it through PeerJ’s various platforms.