This month’s ‘Spotlight’ falls on Cancer Biology at PeerJ, and includes the personal picks of Jill Howlin, Head of the Coregulomics Unit at Lund University. In the text below, Dr Howlin explains her choices for the Collection. 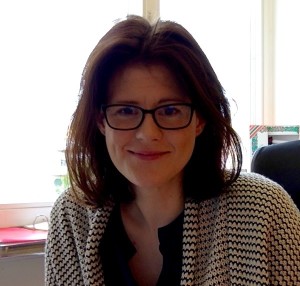 In response to a call to nominate a subject area for future PeerJ ‘Top 10′ Collections I present here my top 10 picks in the area of Cancer Biology. These are articles published in PeerJ from its inception to approximately the end of May 2015. It does not include preprints but only articles accepted after peer-review. As is to be expected from the diversity of fields represented in PeerJ this cancer biology spotlight is also quite diverse in nature. A couple of the picks have been previously selected for some special collections, and others, although not strictly cancer-related, are applicable to cancer biology research.

My choices reflect, for the most part, my own personal research interest, which is the role of transcriptional coregulators on driver pathways in various tumour types (in particular breast and melanoma). However, I have also tried to choose articles from authors that have embraced the policy of publishing their peer review history, which I think really adds to the scientific record. In all, 8/10 articles have available peer review history and 3/10 had submitted preprints prior to peer review. The advent of preprint archives in the life sciences is relatively new compared to other fields but is rapidly gaining traction with PeerJ PrePrints and bioRxiv. It is, I believe, one other way to open up the entire process of scientific research for the greater good. Post publication review is also a relatively new and at times divisive initiative that has certainly if nothing else, fostered the engagement of scientists the world over on NCBIs PubMed Commons and PubPeer. The Questions section of PeerJ is attempting to address some of these post publication issues in a way that is directly accessible from the article itself and facilitates easy reader interaction by prompting for queries throughout each section of the article.

It is with this trend of open discussion in mind that led me to choose ‘Lung cancer incidence decreases with elevation: evidence for oxygen as an inhaled carcinogen’. I won’t deny my initial reaction to the article was one of surprise and that unfairly perhaps the phrase #arseniclife came to mind but the very fact that the authors so thoroughly engaged with the discourse that followed (via post-publication questions) made it for me a very satisfying scientific exploration to follow. Not withstanding the usual caveats of accounting for confounders in epidemiological based research, the authors ultimately make a compelling case for further study into what would indeed be a rather profound discovery. The biologist within me will hold off proclaiming it a certainty since extraordinary claims require extraordinary evidence, although the mouse study cited does go some way toward presenting a convincing mechanism while we await the follow up human studies and the elusive reproducibility assessment.

Staying on the subject of open discourse in science, another of my picks is the article; ‘Internet publicity of data problems in the bioscience literature correlates with enhanced corrective action’, which, if nothing else received the most attention on Twitter (excluding only one other article on my list, which was no doubt helped by being the subject of a press release). It is a timely choice for cancer biologists given the furore that is currently surrounding the Reproducibility Project: Cancer Biology initiative that will attempt to replicate 50 high impact cancer biology studies. Brookes’ argument would certainly support the idea that open and public efforts to question data are the way to go if we have real ambition to correct the scientific record as a result of the findings. An interview with the author on the PeerJ Blog is also available.

Access to information of course can have unintended consequences and in ‘Dealing with the unexpected: consumer responses to direct-access BRCA mutation testing’ the authors set out to analyse reactions to BRCA mutation screens from DTC testing (via 23andMe). At present within the healthcare system at least in the US, screening is normally only recommended for those who fulfil certain criteria. The study received a significant amount of attention given the ethical concern around how the average consumer might understand or cope with genetic information relating to cancer predisposition and disease risk. Overall, from this study, it would seem that the benefit derived from releasing information on an actionable mutation outweighed the level of anxiety induced, and supports the notion of establishing population-based screening program for such common mutations. An interview with this paper’s first author is also available on the PeerJ Blog.

Another breast-cancer related paper; ‘Bioinformatic analysis of cis-regulatory interactions between progesterone and estrogen receptors in breast cancer’ was a pick in the InCoB 2014 collection. This article was based upon an earlier work by the first author in the development of a searchable database of transcription factor binding sites and histone modifications (BiSA) curated from a mass of public ChIP-seq datasets. Notably it allows the user to compare the preloaded data or their own for comparison of overlap. In this article they demonstrate that ERα and PR are likely to share a significant amount of binding sites in close proximity across the genome although the idea that they act as actual binding partners was not supported by the data.

Staying close to home, and for me another familiar cancer type ‘A new 12-gene diagnostic biomarker signature of melanoma revealed by integrated microarray analysis’. This article was also highlighted in Top Cell Biology Papers May 2015 and in the PeerJ Picks for 2014. Using a newly derived method for integrative analysis, the authors interrogated previously published gene expression signatures that distinguished benign from malignant melanoma. From this they derived a robust 12-gene signature capable of disease discrimination. A few newcomers were identified in the initial 200 best performing genes that may inform underlying biology while the next exciting step will be to evaluate performance of the gene-set using a real world prospective cohort as a companion to histopathological evaluation.

‘Characterization of RNA in exosomes secreted by human breast cancer cell lines using next-generation sequencing’ was also chosen for the Top Cell Biology Papers May 2015 and the in InCoB 2013 collection. It represents one of the first studies to examine the exosomal transcriptome by RNA-seq. Apart from highlighting some important technical pitfalls, the study revealed some interesting findings on the nature of the cancer exosome. Most notable were the observations that fragmented rRNA constitutes such a major portion of total exosomal RNA and thatexosomal transcripts are enriched with genes involved in ribosomal processes and rRNA processing. Importantly, in support of the potential use of exosomes in non-invasive diagnostics, the remaining transcripts were found to be highly representative of the expressed transcripts from their cells of origin.

In ‘ABT-737, a small molecule Bcl-2/Bcl-xL antagonist, increases antimitotic-mediated apoptosis in human prostate cancer cells’ the authors show how it may be possible to alter cell type-specific apoptotic signalling mechanisms, which are crucial in determining effective response to chemotherapy, by addition of a small molecule inhibitor. The compound, ABT-737, can specifically disrupt the interaction between anti-apoptotic and pro-apoptotic members of the Bcl-2 family in castration-resistant prostate cancer cells, providing a means to enhance the apoptotic response to Docetaxel treatment. While in vivo data is still to come, this work outlines a clear and convincing molecular mechanism for effective drug combinations based on tumour biology.

Staying with cancer pharmacology, an interesting finding is reported by Zhoa and Wink in ‘The β-carboline alkaloid harmine inhibits telomerase activity of MCF-7 cells by down-regulating hTERT mRNA expression accompanied by an accelerated senescent phenotype’. Harmine, a pharmacologically active alkaloid, is among other things, a plant-derived drug with hallucinogenic properties. Its diverse properties are not mechanistically well understood but it is known to be able to intercalate DNA. Harmine is cytotoxic and anti-proliferative in several tumour cell lines and this work demonstrates a similar effect in MCF7 breast cancer cells. Interestingly however, it induces premature senescence rather than apoptosis and the authors posit that this is due to a reduction in hTERT expression and telomerase activity. Inhibitors of telomeres hold certain promise as anti-cancer agents due to their natural specificity for tumorigenic cells over normal cells. The intercalating compound Telomestatin for example, has been found to inhibit telomerase due to its ability to form a complex with guanine rich telomeric DNA, which can form 4-stranded nucleic acid structures (G4-DNA). Intercalation of this complex stabilizes the G4-DNA structures and effectively inhibits replication by telomerase. It is not clear, if harmine, or other intercalating alkaloids that reduce telomerase activity, act via a similar mechanism. In this work, in MCF7 cells however, they demonstrated that hTERT (the gene encoding telomerase) is downregulated in response to harmine treatment. Although downregulation of hTERT, despite evidence of telomerase inhibition, was not seen in HeLa cells, it provides a potential alternative or additional mechanism to explain the telomerase inhibition and senescence induction in cancer cells in response to harmine.

‘PANDA: pathway and annotation explorer for visualizing and interpreting gene-centric data’ describes a bioinformatics tool hosted by the Mayo Clinic’s biomedical statistics and informatics division and is tailored for cancer biologists of a primarily wet-lab persuasion. PANDA works via a web interface (but is also available fordownload) and is a relatively quick and easy way to get a handle on expression analysis gene lists with little bioinformatics know-how. Input a text file of genes and it produces an output displaying the number of genes per pre-defined biological pathway (sourced from KEGG, BioCarta, and PharmGKB) and a nice visualization of your hits overlaid on pathway maps. You can also generate a contingency test score to identify the significantly enriched gene sets in your data. More in depth analysis will likely require something more versatile and there are only a few other web based alternatives, and of course numerous packages available for the scripting language R for the more adventurous.

Finally, I have chosen ‘Automated analysis of invadopodia dynamics in live cells’ which is work describing a methodological development in high throughput live-cell imaging analysis for investigation the behaviour of these actin-rich dynamic cell structures. The authors describe in rigorous detail how they refined the tracking and quantification algorithms, which I admit is quite outside my area of expertise. The result however, is certainly of interest as a tool to a wide range of biologists. The benefit of automation cannot be underestimated for such a time consuming manual analysis, not to mention the advantage of overcoming investigator bias if a more limited number of structures need to be ‘selected’ for analysis. The source code is available for analysis of both single cells, and cell populations, while happily there is also a web-based versionfor the single-cell analysis. An example of the analysis technique being used to examine invadopodia in a metastatic melanoma cell line can be found here.

If you would like to curate one of our Spotlight Collections, then please email us at editor@peerj.com