Elizabeth comments on her research and experience publishing with us.

ES: I am a biology professor at Bennington College, a small liberal arts college. For most of my professional life, I studied the physiological ecology of amphibians. But I began scuba diving about 20 years ago, and I have watched Caribbean reefs fall apart before my eyes (the more technical description would be a loss in biodiversity of the reefs, but that doesn’t capture the emotional impact this has had on me), so I began to study reefs, starting with this work on sea urchins that was just published in PeerJ. I have no immediate colleagues at Bennington in my field (the other biologists in my department, whom I admire, are a cell biologist and a plant ecologist). So being able to have timely professional feedback on my new work is important to me. 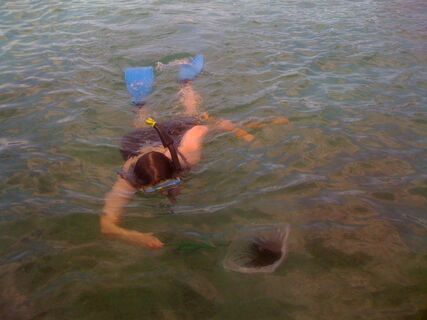 ES: I had read about the massive die-off among the long-spined sea urchin (Diadema antillarum) in the Caribbean and the associated loss in coral cover. Adult sea urchins are significant herbivores that tend to eat algae, which would otherwise compete with corals for substrate and light. Many scientists have been studying the effect of global climate change on fertilization and development in sea urchins, but I wanted to examine the consequences in adults.

ES: I understand that before the die off, the sea urchins were so ubiquitous that dive masters would crack them open in order to attract fish for the tourist divers. In fact, the below photo of an underwater sign was posted by what is now the Cayman Islands Department of Environment in 1994, asking that divers refrain from handling the sea urchins. Ironically, there are no sea urchins to be found anywhere near the sign. The dive masters that I deal with now are very cognizant of the importance of not touching any of the organisms in the reef. 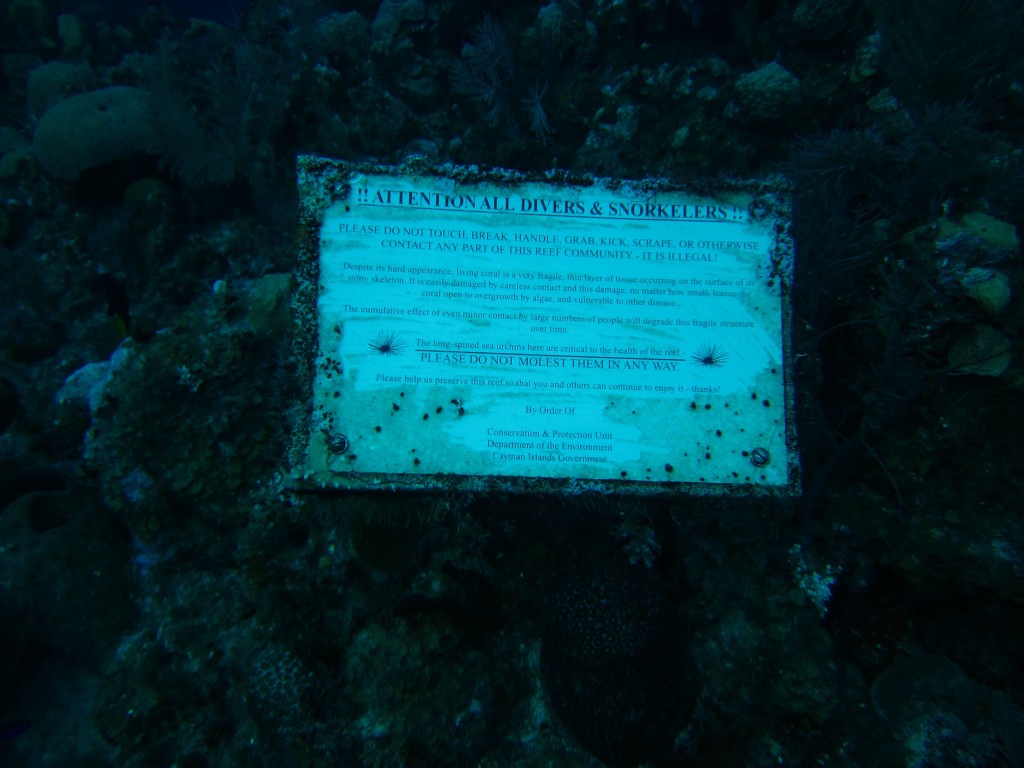 1994 sign asking that divers refrain from handling the sea urchins which are no longer there today.

ES: I was surprised by the higher thermal tolerance of Diadema than Echinometra, because I collected the Echinometra just below the surface of the water whereas the Diadema were never found at those shallow depths. I was also intrigued by the magnitude of the thermal tolerance of both species compared to predictions of future ocean temperatures. They have some leeway, but not much. As I continue this work, I hope to examine the sources of the intraspecific variation in the sea urchins as that may serve as the substrate for natural selection.

ES: There is no intended state of nature. What does a “pristine” ecosystem even mean? We know comparatively little about the ecological history of coral reefs. The baselines to which we compare the diversity of reefs have likely already been degraded by human activity, making the loss in biodiversity we have witnessed in the last 20 years all the more worrisome. Nevertheless, we need to make decisions now that have an impact on the persistence of reefs if we want them in our future. I hope my work contributes to our understanding of present day reefs and the mechanisms that will influence their future. 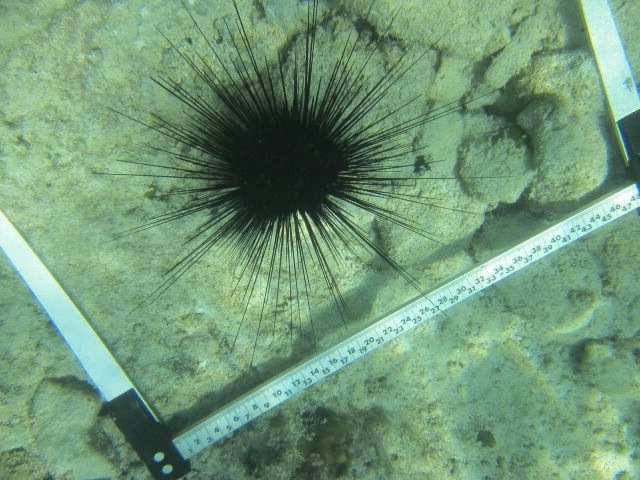 ES: I first learned about PeerJ from my colleague, ecologist Kerry Woods, who has also published with PeerJ. One of the advantages of PeerJ is that scientists and students alike can access the papers. Particularly at an institution that can’t afford many subscriptions, having open access to a first-rate peer reviewed journal is so valuable.

ES: Scientific publishing can be a mysterious process for students and PeerJ lifts the veil on it by publishing the review history of a paper. This permits students to see the back and forth between editors, reviewers, and authors, and the importance of persistence and revision.

Join Elizabeth and thousands of other satisfied authors, and submit your next article to PeerJ.