We recently published “Self-generated morphology in lagoon reefs”. In this study, author David Blakeway and his co-author Michael Hamblin discuss their research on coral reefs and reef simulations.

In this post, David comments on his research and experience publishing with us.

DB: I’m a coral reef geomorphologist: I study the shapes and forms of coral reefs, and the processes underlying their development. I’ve been out of academia for a long time—Mike and I did this research as PhD students nearly 20 years ago. I always meant to write it up but never got round to it. Returning to it last year, effectively as a citizen scientist, I found the paywalls exasperating and ultimately depressing. PeerJ was a deep breath of fresh air. 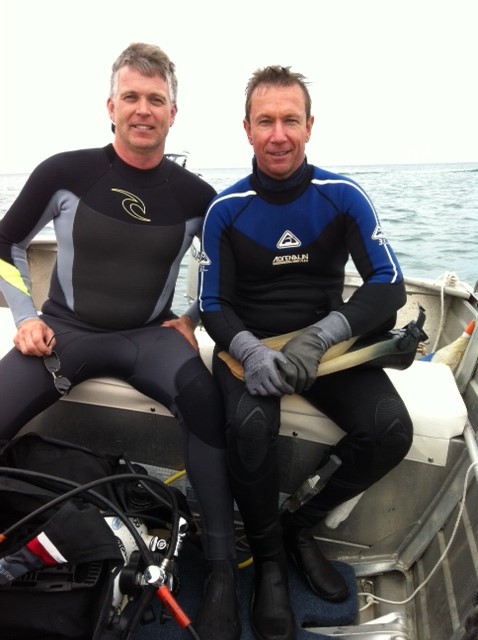 DB: Our article uses reef growth simulations, based on field observations on reefs in Western Australia, to show that the inherent forms of coral reefs are determined by the inherent characteristics of reef-building organisms. So reef morphology is fundamentally genetically-determined—you could say reefs really are superorganisms, with distinct phenotypes. Most of our fieldwork was undertaken in the Houtman Abrolhos Islands, which are a series of shelf atolls: atoll-like structures that, instead of growing around subsiding volcanoes, are entirely self-generated biological systems that bootstrap themselves off the seafloor. The Abrolhos Islands are wild and raw and I don’t think anyone comes away unaffected. 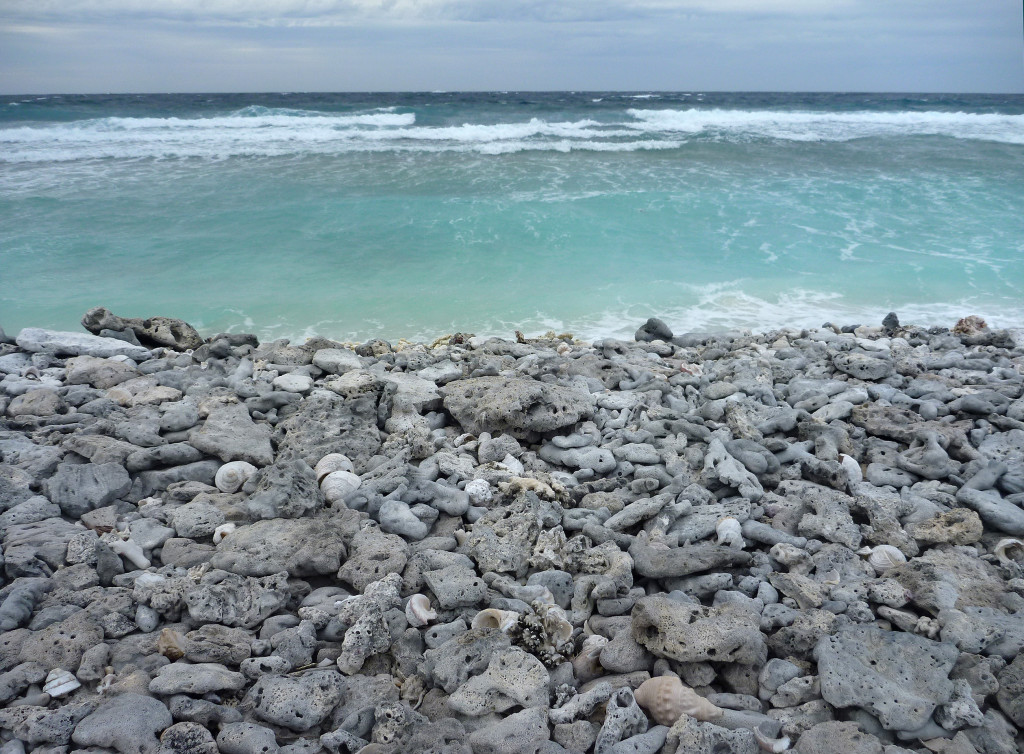 DB: Everyone who visits the Abrolhos Islands probably has a sea lion story. They’re like marine dogs, very playful and clever, and they love to show off underwater. We were diving a shallow reef site when a sea lion approached my friend Steve, circled him then settled on the sand in their characteristic pose, propped on front flippers with head held up. Steve settled down facing it, propped on his elbows with head held up. The sea lion shuffled two steps toward Steve. Steve elbowed two steps toward the sea lion. Then the sea lion did a fluid back flip with a perfect landing, as if to say “now try that”!

DB: Mike introduced me to modelling and I found its objectivity and flexibility very compelling. Within the model, the emergence of reef form from individual coral behaviour was something of a surprise. But that’s only because I wasn’t familiar with research in self-organisation, which shows that emergence is everywhere—it’s the rule not the exception.

DB: I hope our research can help foster a wider appreciation for geomorphology, particularly the geomorphology of life, and for the value of fossil reefs. From one perspective fossil reefs can be regarded as more important than living reefs, because if you were to destroy a living reef it would probably return to something resembling its original state within decades to centuries, but each fossil reef is a never-to-be-repeated record of environmental and ecological conditions at a specific time. In Western Australia and globally, fossil reefs are mined and crushed for road base and cement lime. It’s a very low-value outcome.

DB: I have a couple more PhD papers to write up, one on the relationship between reef growth and limestone erosion (summarised in this PrePrint), and one on the development of large-scale cellular reefs. Then I’d like to look at coral community succession in the Abrolhos cellular reefs. There’s an opportunity there to examine, using space-for-time substitution, a proxy 5000 year record of the development from scratch of a high-diversity, high-cover, super-competitive coral community (see Fig. 6 in our article). The process is very well replicated, with each of the three island groups containing multiple examples of the developmental sequence. This should allow a good separation of signal from noise (though even the noise will be interesting).

DB: A nice thing about reef geomorphology is that problems can be defined simply by scanning aerial images for unexplained features. Google Earth has been a big boost in our field as in many others. A day in Google Earth could probably generate a lifetime’s work investigating the origin of features like these: 4°35.3’N 118°39.9’E, 15°28.7’S 123°10.2’E, 27°52’N 175°50’W, 8°18.7’S 157°29.3’E. The answers if you can find them will be beautiful and perhaps surprising but ultimately very logical. So I’d like to investigate these reefs, and/or collaborate with local scientists/residents/divers who can share images and data. I’d also like to be involved in creating realistic virtual reefs within a gaming or serious gaming environment.

But, unlimited, three projects I’d support would be:

1. Employing a dedicated army of students to track down, scan, translate, and upload to ReefBase (the online coral reef database) coral reef research from the Enlightenment to the early 20th century. I’ve read recent research papers presenting concepts that, presumably unbeknown to the authors, editor or reviewers, had already been published and discussed nearly 200 years ago. Many relevant and some profound ideas are awaiting rediscovery and I guess this is so in all but the most recent fields. Almost all of this research will now be out of copyright so there shouldn’t be any legal impediments, just logistics.

2. Employing scientists to upload summaries of their research fields to Wikimedia/Wikipedia, outlining what’s known, what’s conjectured, what remains to be discovered, and providing a question & answer forum. Wikipedia entries are currently a little hit-or-miss, depending on the contributors. Tightening them up and presenting research questions in an accessible way could help us tap the deep well of experience and ingenuity outside traditional academia. Most scientists are too busy to do this, which is why I’d solicit paid contributions.

3. Touring the world with a mobile space rocket simulator. This contraption would somehow unfold to immerse participants—I’d target children—in an IMAX-like rendition of a rocket leaving earth (complete with the roar and vibration and g-force so that kids realise people who do this for real are risking their lives) then orbiting serene and quiet with the earth and its coral reefs turning slowly below. Basically I’d like to peddle, to impressionable youngsters, the intoxicating and addictive drug of, well, perhaps you could call it biogeomorphophilia.

DB: I found PeerJ while googling for research articles. I was impressed by the site’s layout and appearance, the diversity of research, the community feel, the mission statement, and of course the low price. It was an easy decision to sign up.

No surprises with my experience, it went very smoothly. I guess I’ll reserve judgement because the acid test is how people respond when something goes wrong and so far everything’s gone impressively right. The surprising thing to me is that PeerJ’s business model can be profitable (and I’m sure that’s been thoroughly simulated). From a web-based perspective perhaps it’s not that radical, just different—superior—to traditional scientific publishing.

DB: Excellent. The submission portal works really well and the editor, reviewers and PeerJ support staff were helpful and fast.

DB: Few had heard of it. But I think that would be different among coral reef biologists, where PeerJ is rapidly becoming mainstream.

DB: I don’t see a reason to submit anywhere else, certainly not to paywalled journals. In general I don’t like recommending to other people how they should go about things, but if anyone asks, yes!

Join David and thousands of other satisfied authors, and submit your next article to PeerJ.