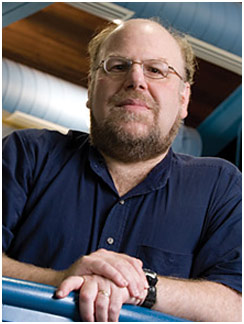 Why do you think publishing within computer science needs a reboot?

Computer Science went through several fast growth spurts where journals weren’t the best way to communicate, and became a field in which many of the best results (and most cited) appear in conferences, not journals.  Unfortunately, this has had the negative side effect of splintering the field — someone working on machine-learning, publishing at the KDD conference, may not learn about the exciting work going on in language processing being reported at the ACL conference; someone in agent modeling won’t hear about an important deep learning result presented at the WWW conference, etc.  The field has long needed a “Science” or “Nature” that could pull us together.  I hope that the breadth of PeerJ Computer Science will encourage people to see exciting results that can lead to cross-pollination across our splintered field.

Why do you think there are not more outlets for open access research within computer science?

Many CS researchers were the first to embrace open access, and a number of the journals already in the field helped pioneer new models of openness including completely online journals (like Journal of AI Research) and mixed models (like the Journal of Web Semantics).  With the growth of these outlets, and the many papers appearing in conferences instead of journals, the high page costs that were acceptable in some fields were anathema to computer scientists.  In addition, we were the early Web denizens who self-published a lot of conference papers, and embraced search-based models like Google Scholar before many other fields did.  However, this came again with the cost of fragmentation – many different ways to find the same paper for free instead of paid.   Even worse, this approach really disadvantaged computer scientists in emerging countries where they didn’t know who to search for or how to find other papers that were related to one they found.  It is clear that a centralized, open, and organized journal for computer science has been long needed.

What is it about PeerJ Computer Science that you believe will help to make these much needed changes?

I think that there are a few things.  First, the time is right — more and more of us are beginning to feel the fragmentation and realize that bridging the subdisciplines of computing is important.  Second, the model is open enough, at low enough cost that I think it might (and I have to stress that word) be something that CS researchers will be willing to pay to publish in.  Third, and probably most important, we need somewhere where new and exciting ideas can get an airing – this is especially important for the sorts of interdisciplinary and “inter-intra-disciplinary” (bridging different parts of the CS field) work where so much of the promise for the future of our field lives.

Why did you decide to become a member of PeerJ Computer Science‘s Advisory Board?

The three things above were the main reason – I think that properly done PeerJ can really help us with a maturation into a field that starts to embrace its own identity and realize that the future of the science of computation, and its application to the real problems of the world, needs the sort of communication that this kind of journal can promote.  If my peers can be open-minded enough to give it a shot, I’m willing to commit my time to help making PeerJ Computer Science succeed.

As PeerJ Computer Science progresses what else would help to make it the perfect platform for computer science researchers?

To be honest, I don’t know – that’s part of what is so exciting.  We in CS have been willing to experiment, to try new models, and to explore better ways to communicate.  I’m hoping that those of us on the advisory board can help make sure that the PeerJ model will continually evolve to fill the needs of the field in a way that will be both exciting, embracing of change, and open to new directions.

Jim Hendler is the Director of the Institute for Data Exploration and Applications and the Tetherless World Professor of Computer, Web and Cognitive Sciences at Rensselaer Polytechnic Institute. He is a Fellow of the AAAI, the BCS, the IEEE and the AAAS. He is the former Chief Scientist of the Information Systems Office at the US Defense Advanced Research Projects Agency (DARPA), and was the first computer scientist to serve on the Board of Reviewing editors for Science.