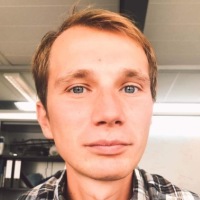 Pavlo joined TU Delft in August 2014 to work on the HFAuto project as a Marie Curie Fellow. Pavlo’s focus is to develop a human-machine interface for highly automated driving, focusing on the auditory modality. The  interface shall intuitively guide the operator during platooning and transient manoeuvres such as joining or leaving  a platoon, lane changes and merging. Pavlo’s research interests are: human computer interaction, auditory interfaces, automated driving, artificial intelligence, software engineering.

Pavlo concluded Erasmus Mundus Double MSc in Dependable Software Systems with double distinction at the University of St Andrews (Scotland) and Maynooth University (Ireland) in 2014. He wrote two dissertations within this degree where he evaluated implications of porting a strongly-encapsulated programming language Insense to multi-core systems and the impact of the cache on multi-threaded data-sharing applications.

Pavlo decided to switch his research focus before he started his PhD study because he was looking for a more hand-on area that has a direct impact on our world and great potential to save millions of people. Outside of his desk he likes running long distances, travelling and meeting interesting people.