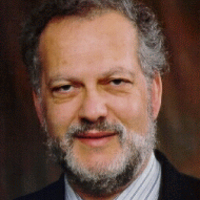 He is best known as the originator of Global Workspace Theory (GWT), an empirical theory of human cognition and consciousness, developed with Stan Franklin as a computational architecture. A number of neuroscience groups in the US and Europe are pursuing this approach, including Stanislas Dehaene in Paris and Nikos Logothetis at the Max Planck Institute, Tuebingen. "Consciousness science" is now an established field, with a large brain and psychological literature.

Baars served as a professor of psychology at the State University of New York, Stony Brook, where he studied laboratory-evoked human errors. The same factors plausibly cause spontaneous errors as well, a significant practical as well as scientific problem. Involuntary errors are directly relevant to the basic question of voluntary control.

Baars co-founded the Association for the Scientific Study of Consciousness, and the Elsevier journal Consciousness & Cognition, with William P. Banks.

Please see my 2015 article on Consciousness in Scholarpedia, summarizing the empirical evidence (which is often said not to exist... !).

The Neurosciences Institute, La Jolla, California
Theoretical Neurobiology
I am nominally retired but actually very active. My last institution was Gerald M. Edelman's Neurosciences Institute, in San Diego, CA 91221, now in La Jolla, CA My email address continues to be baarsbj@gmail.com. My current major publication is called On Consciousness (Nautilus Press, 2019), an edited compendium of the last forty years of research and theory. My current url is baarslab.com at bernardbaars.com I started in cognitive psychology, which evolved into cognitive neuroscience and is now properly considered to be psychobiology. The biological component grew over my dozen years as a Fellow, then Senior Fellow at Gerald M. Edelman's Neurosciences Institute. The field of psychobiology, very broadly conceived, was called "the mindbrain sciences" by the late and very great Jaak Panskepp, author of Affective Neuroscience. The previous disciplinary divisions in that very large domain are no longer tenable scientifically, although they continue to be used as organizational units. But that is strictly a practical matter, scientifically most of the departmental walls are gone.

Society for Mind-Brain Sciences
Theoretical Neurobiology
The broad network of the Society for Mind-Brain Sciences, continues to be active. Currently a large edited compendium called On Consciousness is being published by Nautilus Press, LLC. This book is being launched in the Summer and Fall of 2019 and will be easily searchable in various ways. The citation is BJ Baars (author) and Natalie Geld (ed.) On Consciousness: Science and Subjectivity. It incorporates sections by Bernard J. Baars previously published by Cambridge University Press, Oxford University Press. and respected peer-reviewed journals. The new book is re-edited, with an additional 70+ illustrations on the brain and its consciousness-enabling regions. On Consciousness: Science and Subjectivity is the first of a planned series incorporating both classical works in the field, and novel scientific contributions by a range of authors.