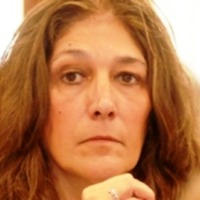 I studied at the Faculty of Natural Sciences and Museum of the National University of La Plata, where I hold a Doctorate in Natural Sciences and I currently work as Professor in the Chair of Populations Ecology. I am also a researcher at the National Council of Scientific and Technical Research, Argentina. I specialize in continental (freshwater and terrestrial) mollusks, which analyze microbiological (genetic and phylogenetic) and macroecological scales in landscapes and large hydrological systems, vulnerable to two major forces of change: anthropic and climate change. Organized, updated and geo-referenced mollusc databases, aimed at identification and control of species of a) biomedical importance: intermediary hosts (IH) of human parasites, domestic animals and cattle. b) pests of crops, HI of parasitic, exotic and invasive and c) conservation of native endemic species (biodiversity) and analyze their regional status (degree of endemicity) in biomes of South America.

Universidad Nacional de La Plata
March 1979
Facultad de Ciencias Naturales y Museo
The Ecology of Populations course is part of the backbone of the Ecology, being the link between General Ecology, which uses the essential concepts, and Ecology of Communities, as an integrator of populations in a multi-specific and synchronous context. This subject is composed of classical theoretical concepts, whose foundations were the result of the interpretation of demographic phenomena observed initially in human populations and in those closely linked to their daily life and then extended to natural populations. We analyze in this course the numerical aspects considering the causes that regulate their changes, and the evolutionary concepts from the analysis of the forces that regulate the genetic variability of the populations. Also addressed here is the applied population ecology, considering aspects Such as fishery biology, pest and invasive species, or conservation and management of populations in protected areas or those species in danger of extinction.

Consejo Nacional de Investigaciones Científicas y Técnicas, Argentina
August 1988
CCT-La Plata
Biological and Health Sciences: The disciplines that make up this large area are of vital importance for the improvement of the quality of life of society and have acquired great relevance for their scientific production. Approximately 30% of the researchers and 27% of CONICET internal and external fellows belong to this knowledge sector.The history of the institution has been closely linked to research in the Biological and Health Sciences; In fact, Bernardo Houssay, founder of CONICET, belonged to this area of ​​knowledge. Goals Promote and finance scientific and technological research and support activities aimed at scientific and technological progress in the country, the development of the national economy and the improvement of the quality of life, taking into account the guidelines established by the National Government. Encourage scientific-technological exchange and cooperation within the country and abroad. Grant subsidies to research projects. Grant internships and scholarships for the training and further training of university graduates or for the conduct of scientific research in the country and abroad. Organize and finance institutes, laboratories and research centers operating in universities and in official or private institutions, or under the direct dependence of Conicet. To manage the careers of the Scientific Investigator and of the Personnel of Support to the Investigation and the Development. To institute prizes, credits and other actions in support of scientific research. Provide advice to public and private entities within the scope of its competence.