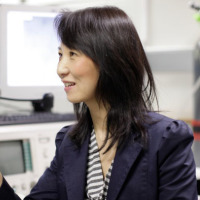 Xiaodong Zhang graduated from Peking University in 1988, majoring in Nuclear Physics. She then went to Stony Brook University to pursue her PhD in Physics in the group of Professor Janos Kirz . After her PhD in 1995, she went to Harvard University for her postdoctoral training in X-ray crystallography under the guidance of Professor Don Wiley. She took up a lecturership at Imperial College London in 2001. She was promoted to Professor of Macromolecular Structure and Function in 2008. Her current research focuses on elucidating the structures and molecular mechanisms of macromolecular machines, especially those involved in DNA processing including the transcription apparatus and its regulators, components in DNA damage signaling and repair.