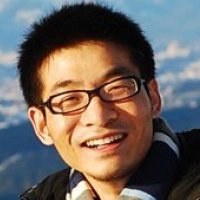 With a Ph.D. degree in Bioinformatics and a Postdoctoral fellowship in Bioinformatics and Integrative Biology, I am now acting as the Director of Computational Neuroscience in the Harvard-affiliated Brigham and Women's Hospital in Boston, leading the Bioinformatics team working on neurodegenerative diseases. I have 20+ publications with 9000+ citations and H-index of 17. I'm interested in studying the gene transcriptional regulation. In my Ph.D., I discovered the first list of enhancer-like regions coupled in the coding exons, which had largely expanded the sequence space to look for long-range regulatory elements in the human genome (Dong et al. Nucleic Acids Research). I also developed several web-based tools to facilitate the study of the evolution of genomic regulatory blocks among vertebrates (Dong et al. Genome Biology; Dong et al. BMC Bioinformatics). As part of ENCODE project, I have built a sophisticated model to study the association between gene expression and various epigenomic marks in the aspect of different cellular context by integrating ChIP-Seq, RNA-Seq, RNA-PET, CAGE and genomics data (Dong et al. Genome Biology; ENCODE consortium, Nature). ENCODE project was marked as top 10 Breakthrough in Science in 2012. Now I mostly focus on brain genomics and diseases, particularly the non-coding RNAs (miRNA, eRNA, circRNA etc.) in the brain.