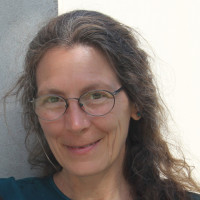 Professor Interrante is a recipient of the 1999 Presidential Early Career Award for Scientists and Engineers, "the highest honor bestowed by the U.S. government on outstanding scientists and engineers beginning their independent careers", and a 2001-2003 McKnight Land-Grant Professorship from the University of Minnesota.

Prof. Interrante is currently a member of the Steering Committee for the IEEE Virtual Reality Conference, for which she also served as co-General Chair in 2014 and co-Program Chair in 2015-2017. In recent years, she has also served as the co-General Chair of EuroVR 2017, and as co-Program Chair of the 2010 Joint Virtual Reality Conference of EGVE, EuroVR and VEC, and the 2008 Eurographics Workshop on Computational Aesthetics, as well as chair of the technical track on Graphics, Animation and Gaming at the 2015 Grace Hopper Celebration of Women in Computing.

At the University of Minnesota, Dr. Interrante is currently serving as the Director of the Center for Cognitive Sciences and the Graduate Program in Human Factors.

University of Minnesota
Department of Computer Science and Engineering