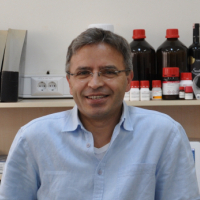 Professor of Food Engineering at Hacettepe University, Ankara, Turkey. Recipient of the 2004 Distinguished Young Scientist Award of Turkish Academy of Sciences, and of the 2007 Junior Science Award of Science and Technological Council of Turkey. Founded Food Research Center at Hacettepe University early in 2010, and acted as its director until the end of 2012. Currently, founding president of the National Food Technology Platform of Turkey, and associate editor of Food Research International.