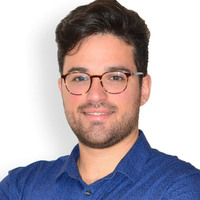 Thodoris Argyriou (born in 1986 in Athens, Greece) is currently a postdoctoral fellow at the Muséum national d’histoire naturelle, Paris, France, funded by the Swiss National Science Foundation. He received his B.Sc. in geology in 2010 from the National and Kapodistrian University of Athens, Greece; his M.Sc. in systematics and evolution in 2014 from the University of Alberta, Canada; and his PhD in evolutionary biology in 2018 from the University of Zurich, Switzerland. His research interests pertain to the evolutionary morphology and history of ray-finned (and sometimes other kinds of) fishes.