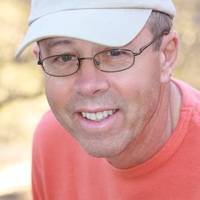 Spencer G. Lucas is a stratigrapher and paleontologist who has been Curator of Geology and Paleontology at the New Mexico Museum of Natural History and Science (Albuquerque, New Mexico, USA) since 1988 and has been the Museum’s Chief Curator since 2009. He received a B. A. degree from the University of New Mexico (1976) and M. S. (1979) and Ph.D. (1984) degrees from Yale University. Lucas’s research has focused on biostratigraphic problems of the late Paleozoic, Mesozoic and early Cenozoic. Since 1992, he has been a major contributor to refinement of the Triassic timescale as a Voting Member of the IUGS Subcommission on Triassic Stratigraphy. He has undertaken extensive field research in the American West, Kazakstan, China, Mexico, Nicaragua and Costa Rica. Lucas has published 7 books and edited or co-edited more than 70 volumes. He has published more than 1000 scientific articles and is or has been on the editorial board of Ichnos, Geological Society of America Bulletin, New Mexico Geology, New Mexico Geological Society Guidebook, Journal of Palaeogeography, and Revista Geologica de America Central, among others. In 1991, he founded the New Mexico Museum of Natural History and Science Bulletin and is its Chief Editor.