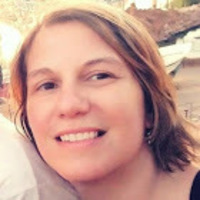 My research is mainly directed towards understanding processes involved in plant genome evolution and organisation, from the sequence to the whole genome. Three areas are highlighted: the study of the evolution of genome size; the structure, organisation and function of ribosomal RNA genes (rDNA) and telomere repeats, and the role of polyploidy and transposable elements (TE) in genome evolution. I have advanced these fields by: (1) the discovery of a novel arrangement of rDNA, first in several Asteraceae and later extended to gymnosperms, (2) the discovery of new telomere sequences in several organisms and (3) the launch and updating of four genomic databases, one compiling Asteraceae genome sizes; the next, on the number and distribution of rDNA sites in plant chromosomes; the following on the distribution of B chromosomes across biodiversity, and the most recent one on plant sex chromosomes. I am the PI of a project on the role of ribosomal DNA in evolution, including the analyses of the repeatome. I was recently involved in a project to examine the role of TE in the evolution of non-model plants and I also participate in a project on the origin and varieties of Cannabis. Beyond this, last year I started an initiative in my Institute to stress the role of women in science, by a series of conferences explaining the biographies and discoveries of relevant scientists in the fields of botany, genetics and genomics, both to the specialised and general public.