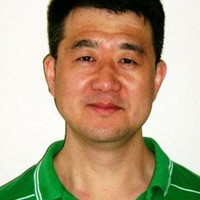 Prof. Sam Ma received his double PhDs in Computer Science and Entomology in 2008 and 1997, respectively, both from the University of Idaho (UI), USA. In 2010, he was retained as a Professor and Principal Investigator (PI) by Kunming Institute of Zoology (KIZ), the Chinese Academy of Sciences (CAS). Prior to joining in KIZ, he was a Research Scientist at the University of Idaho. He was a senior software engineer from 1998 to 2006 in the computer industry in Silicon Valley, USA. Dr. Ma has been keeping dual track publishing in both Computer Science and Biology (particularly in biomedicine in recent years) with over 100 peer-refereed papers in premier platforms such as IEEE Transactions on Reliability, Science Translational Medicine, Ecological Monographs, The ISME Journal, Advanced Science, Science Advances, and iScience. He was a member of London-based “Faculty 1000 of Biology and Medicine” (2008-2016). He heads the “Computational Biology and Medical Ecology Lab” in Kunming Institute of Zoology, the Chinese Academy of Science (CAS). He is also faculty members in the CAS Center for Excellence in Animal Evolution and Genetics and the University of Chinese Academy of Sciences.