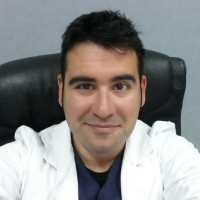 Dr. Salvatore Andrea Mastrolia completed his degree in Medicine and Surgery with Honors in 2010. He was a resident at the Department of Obstetrics and Gynecology at the University Hospital of Bari "Aldo Moro", Bari (Italy). In 2013, he started his fellowship within the International Fellowship Program for Advanced Training in Obstetrics and Gynecology at the Department of Obstetrics and Gynecology of Soroka University Medical Center (Ben Gurion University of the Negev, Beer Sheva, Israel), which he completed in 2016, focusing on fetal medicine, obstetric ultrasound and management of obstetrical emergencies.
In March 2017, Dr. Mastrolia became a senior physician at the Fondazione MBBM (San Gerardo Hospital, Monza, Italy), an institution dedicated to perinatal medicine and affiliated to the University of Milano Bicocca (Milano, Italy).