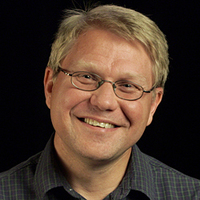 Rauri grew up in South Africa and for as long as he can remember he has been fascinated with understanding why animals are distributed unevenly around the globe. Much of his research has centered on studying patterns of species diversity and distribution across heterogeneous landscapes, particularly those inherent to mountains, arid savannas, and the rocky shore of marine environments. Most of his research takes place in Africa, but he has worked increasingly in the western United States, Indonesia and Central America over the past ten years.

Rauri completed his Ph.D. in 2003 at the University of Cape Town, South Africa. He then spent a year at the Field Museum in Chicago as a postdoctoral fellow before returning to South Africa to begin a faculty position at Stellenbosch University, in the heart of South Africa's wine country. In October 2006 Rauri returned to the USA to join the Department of Integrative Biology and Museum of Vertebrate Zoology, at the University of California at Berkeley, where he is present an Associate Professor in the Department of Integrative Biology and Curator of Birds in the Museum of Vertebrate Zoology. Rauri has published over 130 publications, received UC Berkeley’s most prestigious teaching award in 2013, and is a fellow of the Californian Academy of Sciences. He has been an Editor of Ibis since 2006.