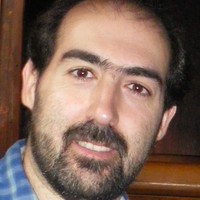 Dr. Raul Arenal received his Ph.D. in Solid State Physics from U. Paris-Sud (Orsay, France, 2005) and in 2013, he obtained his Habilitation (HDR). From 2005 to 2007, he joined the Electron Microscopy Center in Argonne National Lab. (ANL, USA) as post doctoral fellow. In 2007, he became research scientist (Chargé de Recherches) at the CNRS (France). From 2010 to 2011, he was visiting scientist (sabbatical position) at the Lab. de Microscopias Avanzadas (LMA) at the Inst. de Nanociencia de Aragon (INA) of the U. Zaragoza (Spain). Since 2012, Dr. Arenal is on leave from the CNRS, and he is currently ARAID research scientist at the LMA-INA-U. Zaragoza. Since 2018, he is the Director of the TEM area of the LMA-INA. In addition, since 2008 he is visiting researcher at the ANL (USA). In 2017, Dr. Arenal has been elected member of the Young Academy of Europe (YAE) and also at the board of the YAE. He is also member of the board of the Spanish Microscopy Soc. (SME; 2013-2021). Dr. Arenal’s (http://www.raularenal.com) broad area of research interest lies in electron microscopy focused on materials science and nanoscience. These studies are mainly focused on the growth mechanism, structural and physical properties of nanomaterials based on carbon, boron and nitrogen as well as other nano-structures (in particular, metallic nano-objects for photonic interest). Among his scientific activities, Dr. Arenal is the chair of the HeteroNanoCarb conference series (http://heteronanocarb.org).