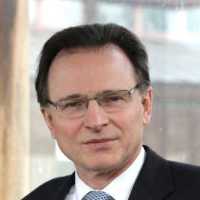 Pierre Wolper obtained an electrical engineering degree from thebv University of Liege in 1978. In 1982, he obtained a Ph.D. in computer science from Stanford University. From 1982 to 1986, he was a member of of the technical staff of Bell Laboratories (Murray Hill, NJ). In 1986 he was appointed to the faculty of the University of Liege and promoted to full professor in 1989. From 2001 to 2009 he was the Chair of the EECS department, and from 2009 to 2014 Vice-Rector for research.

University of Liège
Departement of Electrical Engineering and Computer Science