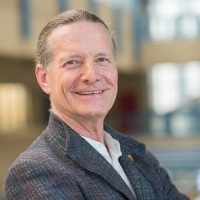 Professor of Psychology and Director of the Memory & Cognition Laboratory at the University of British Columbia. Has served in various editorial capacities, and is involved in organized psychology, currently serving as the secretary/treasurer of the Canadian Society for Brain Behaviour and Cognitive Science, and in 2010-2011 as President of the Canadian Psychological Association.

Professor of Psychology, Director of the Memory & Cognition Lab

University of British Colombia
Department of Psychology
Research in the lab focuses on a wide range of topics in cognition and is motivated by questions such as: What are the perceptual and cognitive processes that mediate learning and remembering? What cognitive and other variables are responsible for differences among individuals in learning and remembering? What cognitive and other variables underlie changes in learning and remembering that occur across the adult lifespan? Here are a few examples of current research projects that address these questions. 1) Prospective Memory Retrieval: Prospective memory – the ability to formulate plans and promises and to carry them out in the appropriate context – is required for many tasks, such as buying groceries on the way home from work or meeting a friend at the agreed-upon time and place. Prospective memory often fails because the opportunity for executing a plan (e.g. to buy groceries) typically occurs while we are busy with other activities (e.g. driving). We are studying how the memory representation of plans and promises interacts with cues available for their context-appropriate execution. 2) Memory Failure Interpretation: Sigmund Freud and others have claimed that people make different interpretations for retro- and pro-spective memory failures, that the former are attributed to faulty brains while the latter are treated as character flaws. We have provided the first empirical evidence in support of this claim, and are investigating factors responsible for the occurrence of different interpretations. 3) Affect-Cognition Interactions: Affect, defined as the emotional state produced by a stimulus, interacts with cognition. We have shown that prospective memory task performance is influenced by both the emotional state created by the context in which a plan needs to be executed and the emotional state elicited by the cues that are provided for retrieval. We are now studying interactions between the affective states produced by successive stimuli, and investigating the factors that mediate their interaction with the perceptual and cognitive processes that mediate episodic memory as well as decision making.