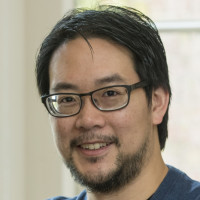 Neil Chue Hong is the founding Director and PI of the Software Sustainability Institute, a collaboration between the universities of Edinburgh, Manchester, Oxford and Southampton. He enables research software users and developers to drive the continued improvement and impact of research software. From 2007-2010, he was Director of OMII-UK at the University of Southampton, which provided and supported free, open-source software for the UK e- Research community. In addition to sitting on several project advisory committees, he is the Editor-in-Chief of the Journal of Open Research Software, the current Advisory Council chair of the Software Carpentry Foundation, co-author of "Best Practices for Scientific Computing" and "An Open Science Peer Review Oath", and a member of the EPSRC Strategic Advisory Team on e-Infrastructure.

University of Edinburgh
April 2010
EPCC
I am the Director of the Software Sustainability Institute, and responsible for representing the SSI and UK researchers' software interests nationally and internationally. Within the organisation, I oversee SSI operations, lead the community engagement, develop and manage collaborations, and act as the principal liaison with stakeholders.