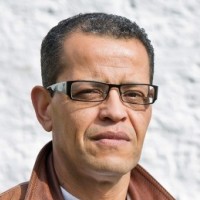 I became particularly interested in obesity and type 2 diabetes when I began my undergraduate level at The Institute of Human Nutrition in Tunisia, investigating the impact of the carbohydrates and lipids rich diet on the eating behaviour and the development of obesity in childhood population. Following my postdoctoral training at the department of clinical pharmacy (Faculty of Pharmacy, Dijon, France), I joined the European Centre of Bio-perspectives (Normandy France) where I investigated the effects of oral anti-diabetic drugs on the hormonal regulation of lipoproteins in diabetic animal models as well as in primary hepatic cells. In 1998, I joined Dospharm Biotech company (Normandy, France), where I took the responsibility of managing collaborative research projects with Lipha-Merck, Air Liquid Sante and Beaufour-IPSEN, on the investigation of novel drugs for the treatment of degenerative diseases such as Alzheimer’s and diabetes.
From 2005, I joined the Buckingham Institute for Translational Medicine (BITM), at the University of Buckingham (United Kingdom). The BITM is an internationally recognized research group in metabolic diseases, with a track record in anti-obesity and anti-diabetic drug discovery, including β3-adrenoceptor agonists for obe
sity, orexin and MCH-antagonists and the insulin sensitizer drug rosiglitazone.