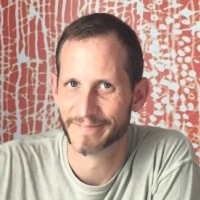 Mario Negrello obtained a mechanical engineering degree in Brazil (1997), and later after a period in the industry (VW 1999-2004) including RD and Prototypes, obtained his Masters degree (2006) and PhD (summa cum laude) in Cognitive Science at the University of Osnabrück in Germany in 2009. At that time, in the Fraunhofer Institute in Sankt Augustin (Germany) for Intelligent Dynamics and Autonomous Systems, he researched artificial evolution of neural network controllers for autonomous robots (2007/08). This work was awarded a scholarship by the International Society of Neural Networks (INNS) to sponsor an eight-month period (2008/09) as a visiting researcher at the Computational Synthesis Lab at the Aerospace Engineering department of the Cornell University in USA (with Hod Lipson). In his first post doctoral period he acted a group leader at the Computational Neuroscience laboratory at the Okinawa Institute of Science and Technology (with Erik De Schutter). He now heads a neuroscience lab that combines empirical research and computational methods (with Chris De Zeeuw). He has published in the fields of Machine Learning and Cognitive Robotics, Artificial Life, Evolutionary Robotics, Neuroethology and Neuroscience, as well as a monograph published by Springer US in the Series Cognitive and Neural systems entitled Invariants of Behavior (2012).