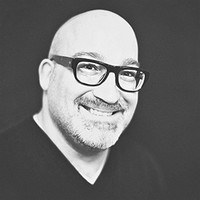 I graduated in Chemistry from the Universidade de Santiago de Compostela in 1996 (with honors), and from 1996 to 2001 worked on my PhD under the supervision of Prof. José Luis Mascareñas developing new synthetic DNA-binding peptides. In 2001 I received the Human Frontier Science Program long-term fellowship and joined the group of Prof. Barbara Imperiali at the Massachusetts Institute of Technology, where I worked for three years (2001-2004) on the development of caged compounds and fluorescent probes as tools to understand complex phosphorylation pathways involved in cell motility.
I returned to Santiago with a Ramón y Cajal contract in 2004, and was habilitated three years after in 2007. Since 2010 I am enjoying an Associate Professor position at the Organic Chemistry Department, and in 2011 I became a member of the Center for Research in Biological Chemistry and Molecular Materials (CiQUS).