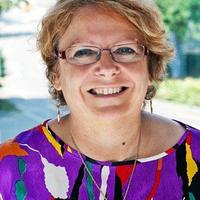 Professor and Consultant at the Zurich University of Applied Sciences, Adviser to World health Organisation, Visitng Professor University of West of Scotland.

Valerie has been a midwife since qualifying in Aberdeen, Scotland in 1979 and has
practised in various countries in Europe, Asia, Australasia, Africa and the Middle
East. She undertook her higher education in New Zealand, gaining Bachelor’s,
Master’s and Doctoral degrees from Massey University. She has been active in
research and international development since gaining her fist academic post in 1991.

From 2007-2011 she was director of Glasgow Caledonian University’s World Health
Organisation Collaborating Centre and during the last two years, Secretary General
of the WHO Global Network of Collaborating Centres. During this time she received
many research and development grants. From 2011-2012 she was Regional Adviser
for Nursing and Midwifery, the WHO Europe’s highest position in the field. During this
time, she worked as a consultant in the Institute of Midwifery, Zurich University of
Applied Sciences (ZHAW) and in 2012 took up a full time position there, returning to
full time research. She continues to attract research funding.

University of the West of Scotland