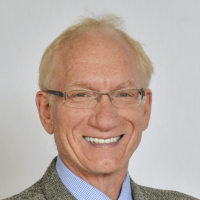 Dr. Mekalanos has received amongst other honors the Eli Lilly Award and American Association for the Advancement of Science Newcomb Cleveland Prize for the Outstanding Paper of 1993 Published in Science (259:686-688, 1993). He has been a member of the FDA Advisory Committee on Vaccines and Related Biologics, and has consulted for numerous other governmental and private agencies, including NIH, DOD, the World Health Organization, The International Vaccine Institute, the National Academy of Sciences, Massachusetts Public Health Biological Laboratories, and the US-Japan Cooperative Medical Science Program. Dr. Mekalanos has been an active consultant in the pharmaceutical industry for companies including SmithKline, Merck, and Vicuron, and he was a co-founder of three biotechnology firms (Virus Research Institute, PharmAthene and most recently, Matrivax). He received the Sanofi-Institut Pasteur 2012 Award. He and his group have published over 200 research articles, and he has supervised more than 50 trainees in his lab during his career thus far.

Professor of Microbiology and Molecular Genetics

Harvard University
Department of Microbiology and Immunobiology
The goal of our studies is to understand how pathogenic bacteria grow, evade the host immune system and ultimately cause disease. A variety of organisms are currently studied in the laboratory including several Vibrio species and Pseudomonas aeruginosa. Our research encompasses many topics, including: 1) How bacteria sense their environment and modulate the expression of virulence genes. 2) How genomic information can be used to identify virulence factors, antigens, and gene products that are essential for cell growth. These are promising drug targets. 3) Ecological factors that control emergence and endemic properties of bacterial pathogens such as phage and antibacterial systems. 4) The biochemical function of bacterial virulence factors including protein secretion organelles that can deliver proteins to target cell in millisecond time frames. We use genetic, genomic, proteomic, biochemical, structural, imaging and chemical biological approaches to explore these topics. Where possible, the knowledge gained in our studies is applied to the development of more effective vaccines and small molecule therapeutics.