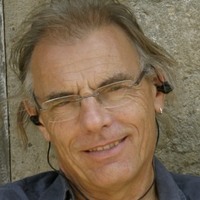 Medical entomologist with extensive experience (40 years, 100+ publications) of fieldwork on five Continents (South America, Oceania, Africa, Europe and Asia). I specialize in the ecology and control of vectors of malaria.

Instituto Nacional de Saude
January 2004
Entomologia Medica
I have been an honorary fellow of the Institute for a number of years as coordinator of the Mozambican-Danish Rural malaria initiative (based in Morrumbene District, Inhambane Province) whose main aims were to develop low cost alternative techniques for the control of malaria vectors in southern Africa. We focussed in particular on ways to improve housing so that even if mosquitoes were able to enter they could not leave (i.e. we wanted to turn houses into traps for mosquitoes). We were only partially successful in this but were able to show that using old nets around the eaves and gables of village houses significantly reduced mosquito entry.

Universidade Nova de Lisboa
April 1997
I have worked with the GHTM group of the IHMT for many years as a medical entomologist specializing in the ecology and control of malaria vectors.

Liverpool School of Tropical Medicine
April 2014
Medical Entomology
I was responsible for the TRAC (tracking resistance to artemisinin) project in Cambodia. I evaluated spatial repellents against primary and secondary malaria vectors in remote areas of Cambodia and undertook basic ecological studies of Cambodian mosquitoes, including anophelines and Aedes.

London School of Hygiene & Tropical Medicine, University of London
April 2015 - March 2016
Disease Control
I was the local PI for an MRC funded randomized control trial to compare the effect of mosquito nets treated with permethrin and a synergist (PBO) designed to reduce the effect of insecticide resistance on malaria transmission. The four arm trial involved 130,000 residents of Muleba District on the norther shore of Lake Victoria. The four arms included nets alone and nets with indoor residual spraying (IRS) of a residual insecticide (primiphos -methyl).