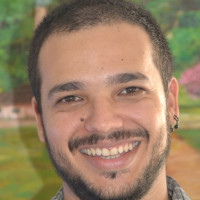 Universidade de São Paulo
September 2019
Faculdade de Filosofia, Ciências e Letras de Ribeirão Preto
My current project aims to characterize and explore the macroevolutionary patterns of Testudinata (turtles, tortoises and terrapins). As general objectives, the project intends to explore the morphological evolution of the group, focusing on evolutionary novelties of Pleurodira, and to test if the patterns of species diversification and morphological disparity support the characterization of turtle’s evolutionary history from the Jurassic as an adaptive radiation. For such, two complementary lines of research are proposed. The first aims to use advanced tomographic imaging techniques (such as augmented laminography and neutron computed tomography) to reconstruct digital models of Jurassic and Cretaceous turtles from Germany and Brazil. These models will be employed in morphological, phylogenetic and functional/biomechanical (FEA) analyses with the goal of assessing the influence of a knowledge increase about the earliest Pan-Pleurodira on the phylogenetic relationships of all turtle groups and also between neck flexibility and skull morphology in the group. The second research line aims to identify and characterize the macroevolutionary patterns of speciation/extinction (diversification) rates, using a phylogenetic approach that includes data on the fossil record (BAMM), and rates of morphological disparity change, using a discrete character morphospace approach (PcoA).