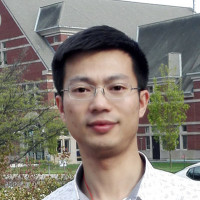 Liu Fanghua, Professor and doctoral supervisor of Yantai Institute of Coastal Zone Research, Chinese Academy of Sciences. He was supported by a fellowship of the Max-Planck Society, “Hundred Talents Program” of CAS. He is a member of the Shandong Society for Microbiology and honored by “Two Hundred Talents Program” of Yantai. His researches have been focused on the mechanisms of microbial electron transfer. The major advances he has achieved in five years include a milestone, direct interspecies electron transfer (DIET) between bacteria and methanogenenic archaea. In the meantime, a new pathway of methanogenesis from acetate indirectly and related microorganisms were revealed. Furthermore, a new cluster of microorganisms which can fix carbon dioxide was identified. During the studies of microbe-iron oxides electron transfer, conductive granular activated carbon (GAC) and magnetite nanoparticles can promote the electron transfer among the iron(III)-reducing bacteria and that magnetite nanoparticles could substitute for the function of a c-type cytochrome were revealed.

University of Massachusetts at Amherst