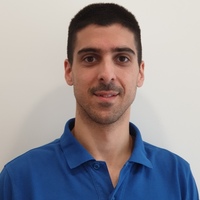 Filipe Manuel Batista Clemente has been a university professor since the 2012/2013 academic year and is currently an assistant professor at Escola Superior de Desporto e Lazer de Melgaço (IPVC, Portugal).
As scientific merit, Filipe has had >200 articles published and/or accepted by journals indexed with an impact factor (JCR), as well as over 105 scientific articles that have been peer-reviewed indexed in other indexes. In addition to scientific publications in journals and congresses, he is also the author of six international books and six national books in the areas of sports training and football. He has also edited various special editions subordinate to sports training in football in journals with an impact factor and/or indexed in SCImago. Additionally, he is a frequent reviewer for impact factor journals in quartiles 1 and 2 of the JCR.
Although he started producing research in 2011, he was recently included in the restricted list of the world’s most-cited researchers in the world (where only eight other Portuguese researchers in sports sciences appear), which was published in the journal PLOS Biology. Filipe M. Clemente’s SCOPUS h-index is 20 (with a total of 1712 citations), and his Google h-index is 32 (3928 citations). In a list promoted by independent website Expert Escape, he was ranked 40th of 14,875 researchers of football (soccer) in 2020 and in 19th of 15949 in 2021.