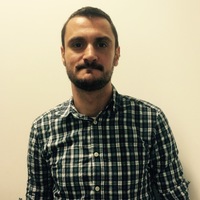 Dr. Edgardo Saucedo studied Chemical Engineering at the University of the Republic, Montevideo, Uruguay, and received his PhD in Materials Physic at the Universidad Autónoma de Madrid, Spain in 2007. In 2007, he joined the Institut de Recherche et Développement sur l’Énergie Photovoltaïque IRDEP (Paris, France), with a CNRS associated Researcher fellowship, working in the development and optoelectronic characterization of CIGS low cost based solar cells. In 2009, he joined NEXCIS, a spin-off created from IRDEP, to further pursue their training in photovoltaic technology. Currently, he is the Deputy Head of the Solar Energy Materials and Systems Laboratory at the Catalonia Institute for Energy Research (IREC) in Barcelona, Spain. He holds four patents and has authored or co-authored more than 180 papers. He has more than 300 contributions to the most important Congresses in Physics, Chemistry and Materials, and more than 30 invited talks around the world. He has been involved in more than 15 European and Spanish Projects (Scalenano, Inducis, Pvicokest, KestPV, Larcis, etc.), and he was the coordinator of the ITN Marie Curie network Kestcell (www.kestcells.eu), and he is currently the coordinator of the research and innovation H2020 project STARCELL (www.starcell.eu), and the RISE (Marie Curie) project INFINITE-CELL (www.infinite-cell.eu). He has supervised ten (10) PhD Thesis and is currently supervising five (5) more. He has an h index of 31 (2019).

Deputy Head of the Solar Energy Materials and Systems Group