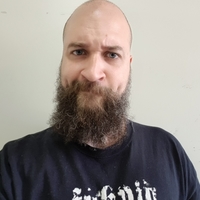 I am an evolutionary biologist, interested on the diversification and evolution of Neotropical organisms. Most of my research investigates the evolutionary, ecological and biogeographic patterns that generate biodiversity, mainly using lizards as a research model. I am also a heavy metal aficionado, and all my scientific activities are developed under the most extreme soundtrack that humans could conceive.