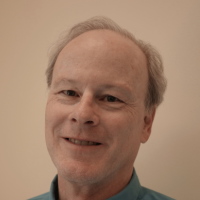 David Queller earned his PhD from the University of Michiganfor work that applied sexual selection theory and kin selection theory to plants. After a postdoc at the University of Sussex, he spent many years on the faculty at Rice University, moving to Washington University in 2011.
Queller works primarily on social evolution. His theoretical work has centered on kin selection. Highlights include methods for estimating relatedness and models of kin selection and its relation to other social forces; kin conflict in seeds; the evolution of eusociality via demographic advantages; and evolutionary conflicts in the fundamental theorem of natural selection.
He also does empirical work on social insects and social amoebas together with Joan Strassmann. Research highlights here include showing the ubiquity of relatedness in social insects, its importance in both cooperation and conflict, the evolution of cheating in social amoebas and its control by high relatedness, kin discrimination, pleiotropy, and the evolution of resistance.
Additional current research interests include genomic imprinting, an amoeba-bacteria farming symbioses, the units of selection, and the evolution of organismality.
Queller is a Fellow of the Animal Behavior Society, the American Association for the Advancement of Science, and the American Academy of Arts and Science, and has held a John Simon Guggenheim Memorial Fellowship.