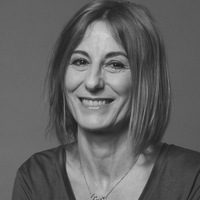 I graduated in Chemistry at University of Alcalá (Madrid, Spain) and received my PhD degree in chemistry from the University of Sussex (Brighton, UK) in 1993 working with Prof. M. F. Lappert. After PhD, I moved to University of Alcalá as Assistant Professor (1993-94), and later as a Researcher Professor. In 1997, I joined the group of C. Romão in ITQB NOVA (Lisbon, Portugal). Since 2004, I am the Head of the Organometallic Catalysis group at ITQB NOVA (http://www.itqb.unl.pt/research/chemistry/organometallic-catalysis). I have been involved for years in organometallic chemistry research, working with main group, early and late transition metals. The activities of my research group focus on the design and synthesis of bio-relevant metal-based compounds with specific properties for their use in catalysis. Currently, I am the Head of the Chemistry Division at ITQB NOVA.