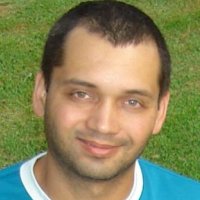 Graduated in Computer Science (Catholic University of Minas Gerais, Brazil, 1995), Masters in Computer Science with the emphasis in Artificial Intelligence (Federal University of Minas Gerais, Brazil, 1999) and Ph. D. in Bioinformatics also at the Federal University of Minas Gerais (2012). Significant participation in the assembly and annotation of the first genome project conducted entirely in the state of Minas Gerais (Brazil) about the bacterium Corynebacterium pseudotuberculosis. Experienced in the use of Computer Science for assembly and annotation of genomes. In the year of 2012, was a post-doctoral fellow at the UFMG's Laboratory of Cellular and Molecular Genetics coordinating the work of masters and doctoral students involved in the assembly, annotation and analysis of several bacterial genomes. I am a professor at the Federal University of Uberlândia, Faculty of Computing since the year of 2013 ministering disciplines like databases, programming in C language, Java, optimization and artificial intelligence. Besides, is part of the postgraduate program guiding master students since the year of 2014.