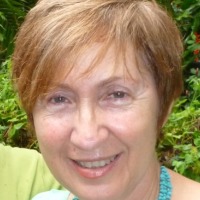 Prof. Abigail Elizur has joined the University of the Sunshine Coast in 2004, and previously worked at the Queensland Department of Primary Industries where she held a Principal Fisheries Biologist position at the Bribie Island Research Centre since 1999. Prior to that Elizur has been heading the Fish Reproduction Department at the National Center for Mariculture, in Eilat, Israel (1990-1999). Before entering the world of aquaculture, Elizur worked on Drosophila developmental genetics (Post Doctoral position, Adelaide University, 1989-1990, CSIRO, Division of Entomology, Canberra, 9787-1988), and sheep blow fly genetics (PhD student, ANU, 1984-1987). She has done her MSc also at ANU, and her undergraduate studies at the Hebrew University of Jerusalem, where she majored in Biology.

Prof. Elizur’s major research is focused on the application of biotechnology to aquaculture.

University of the Sunshine Coast

University of the Sunshine Coast
Faculty of Science, Health, Education and Engineering